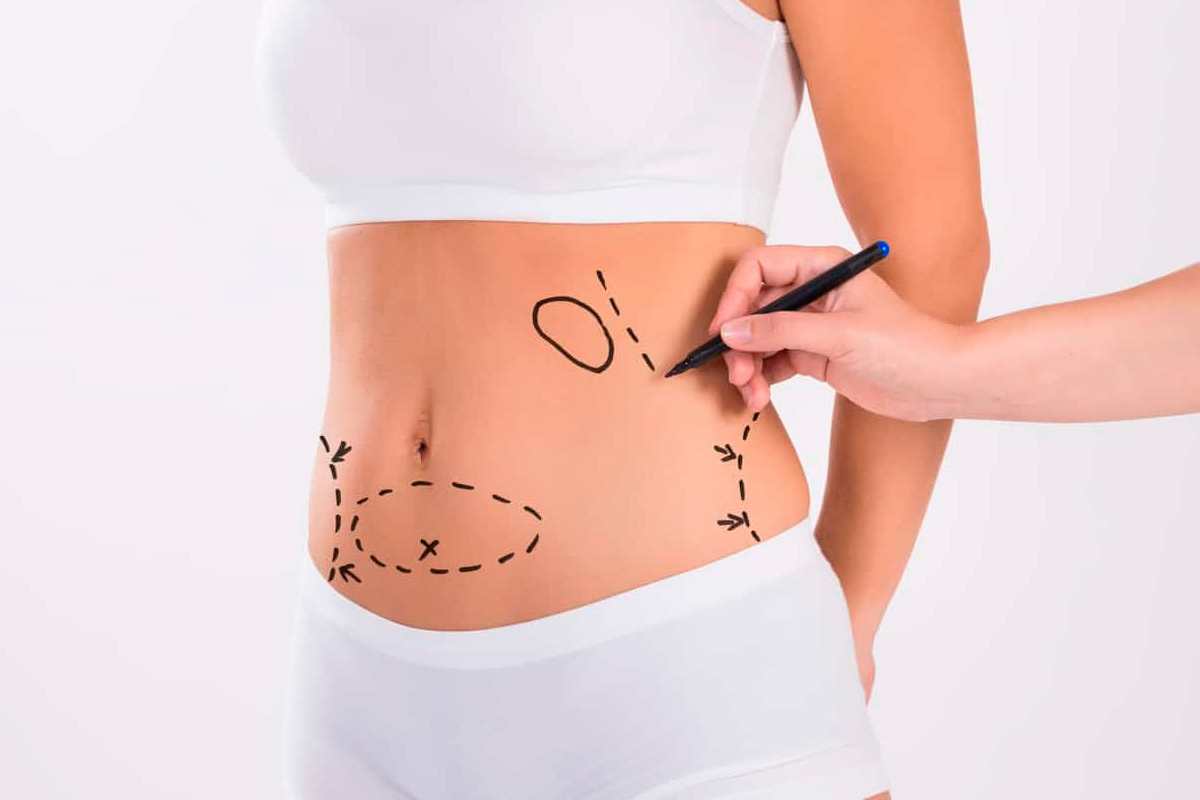 Abdominoplasty or "tummy tuck" is a cosmetic surgery procedure used to make the abdomen thinner and more firm. The surgery involves the removal of excess skin and fat from the middle and lower abdomen in order to tighten the muscle and fascia of the abdominal wall. This type of surgery is usually sought by patients with loose or sagging tissues after pregnancy or major weight loss.

Abdominoplasty operations vary in scope and are frequently subdivided into categories. Depending on the extent of the surgery, a complete abdominoplasty can take from 1 to 5 hours. A partial abdominoplasty (mini-tuck abdominoplasty) can be completed between 1 and 2 hours.

In general, a complete (or full) abdominoplasty follows these steps:

A partial (or mini) abdominoplasty proceeds as follows:

This is an advanced technique that takes a little more than four and half hours to perform. Conventional abdominoplasty tightens muscles in a vertical line. In this new method, known as high lateral tension abdominoplasty, in addition to vertical-line tightening, muscles are tightened horizontally. The final result with this technique is a dramatically flat abdomen with significantly better-defined waistline.

This new technique, also known as an extended mini abdominoplasty, allows for tightening and shaping through a smaller incision that isn't placed around the belly button. Through this smaller incision, excess skin is removed and the belly button is temporarily detached, floating above the muscles during this process. The muscles are tightened and reshaped from sternum to pubic area. The skin is then tightened and the belly button is reattached, or moved down one or two cm if desired. Liposuction may also be performed to achieve desirable results.

A circumferential abdominoplasty is an extended abdominoplasty plus a buttock lift. The resulting scar runs all the way around the body, and the operation is also called a Belt Lipectomy or lower body lift. This operation is most appropriate for patients who have undergone massive weight loss.

An abdominoplasty can be combined with liposuction to make a Lipotuck, which performs body contouring around the hips, thighs, and buttocks.

It can also be combined with liposuction contouring, breast reduction, breast lift, or occasionally hysterectomy, depending on the reason for the hysterectomy. A popular name for breast enhancement procedures performed in conjunction with an abdominoplasty is a "mommy makeover".