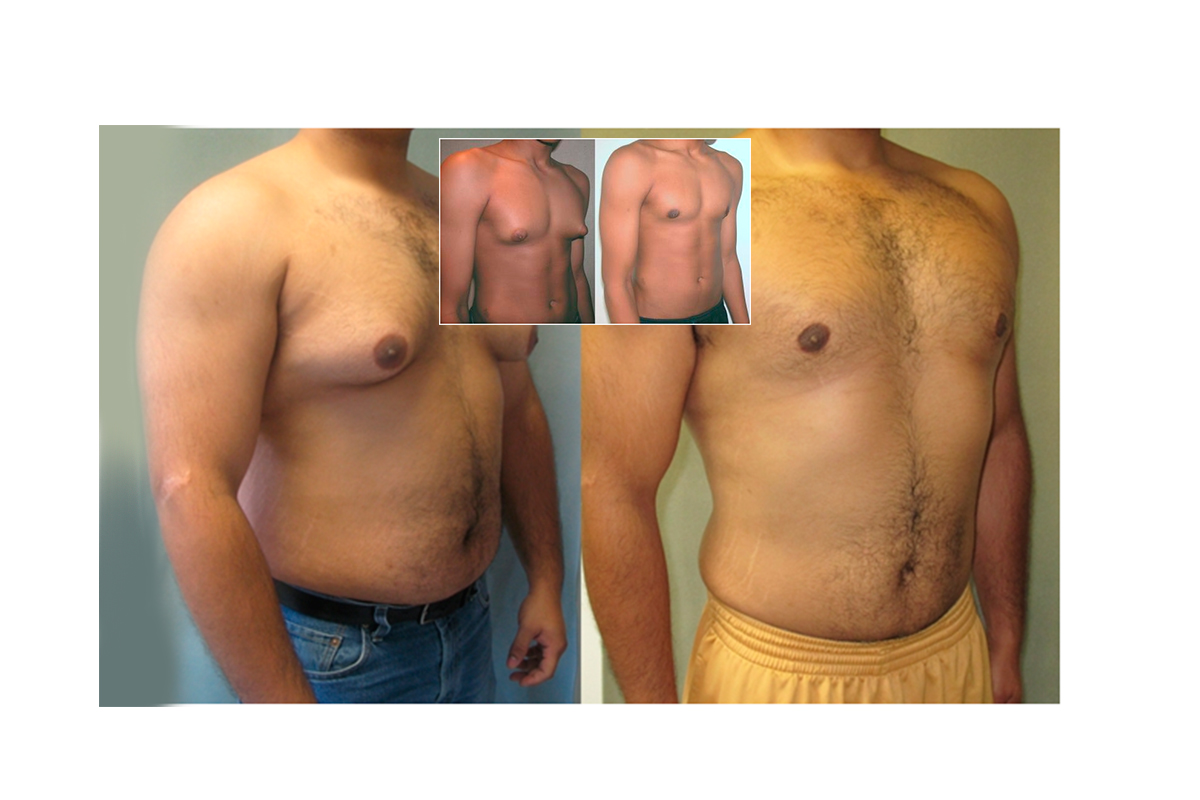 What is Gynecomastia? How Common is It?

Gynecomastia is an enlargement of breast tissue in males as the result of an imbalance of the hormones in the body, with somewhat of an excess of female hormones called estrogens, when compared to male hormones called androgens.Gynecomastia is common in men and boys at various stages of development and in association with certain medical conditions. True gynecomastia refers to enlarged glandular tissue rather than fat (adipose) tissue. The presence of fat tissue that appears in the breast area is known as pseudogynecomastia.

Many medications, diseases, and conditions can cause gynecomastia, for example, drugs like corticosteroids; antibiotics; herbs like lavender, dong quai, and tree oil; drugs like opioids, heartburn and anti-anxiety drugs. Gynecomastia is associated with conditions and treatments for obesity, low testosterone, cirrhosis, and hyperthyroidism.

What Are the Signs and Symptoms of Gynecomastia?

Enlarged male breasts is the primary symptom of gynecomastia. Other signs and symptoms are rubbery or firm nipples, tenderness, sensitivity, but typically, the condition is painless.

What is the Treatment for Gynecomastia?

Usually, gynecomastia goes away on its own within about six months. If it doesn't go away, talk to your doctor.

What Are the Signs and Symptoms of Gynecomastia?

The breast enlargement of gynecomastia is usually symmetrical in location with regard to the nipple and has a rubbery or firm feel. Both sides are typically affected, although it can develop on only one side. The enlargement may be greater on one side even if both sides are involved. Gynecomastia is not accompanied by severe pain, although the enlarged area may be sensitive or tender.

In contrast to gynecomastia, male breast cancer is usually located only on one side and is not necessarily centered around the nipple. Other symptoms suggestive of cancer include a hard or firm feeling to the tissue, dimpling of the skin, retraction of the nipple, nipple discharge, and enlargement of the underarm (axillary) lymph nodes